Choosing A Place To Retire? Factor In Climate Change 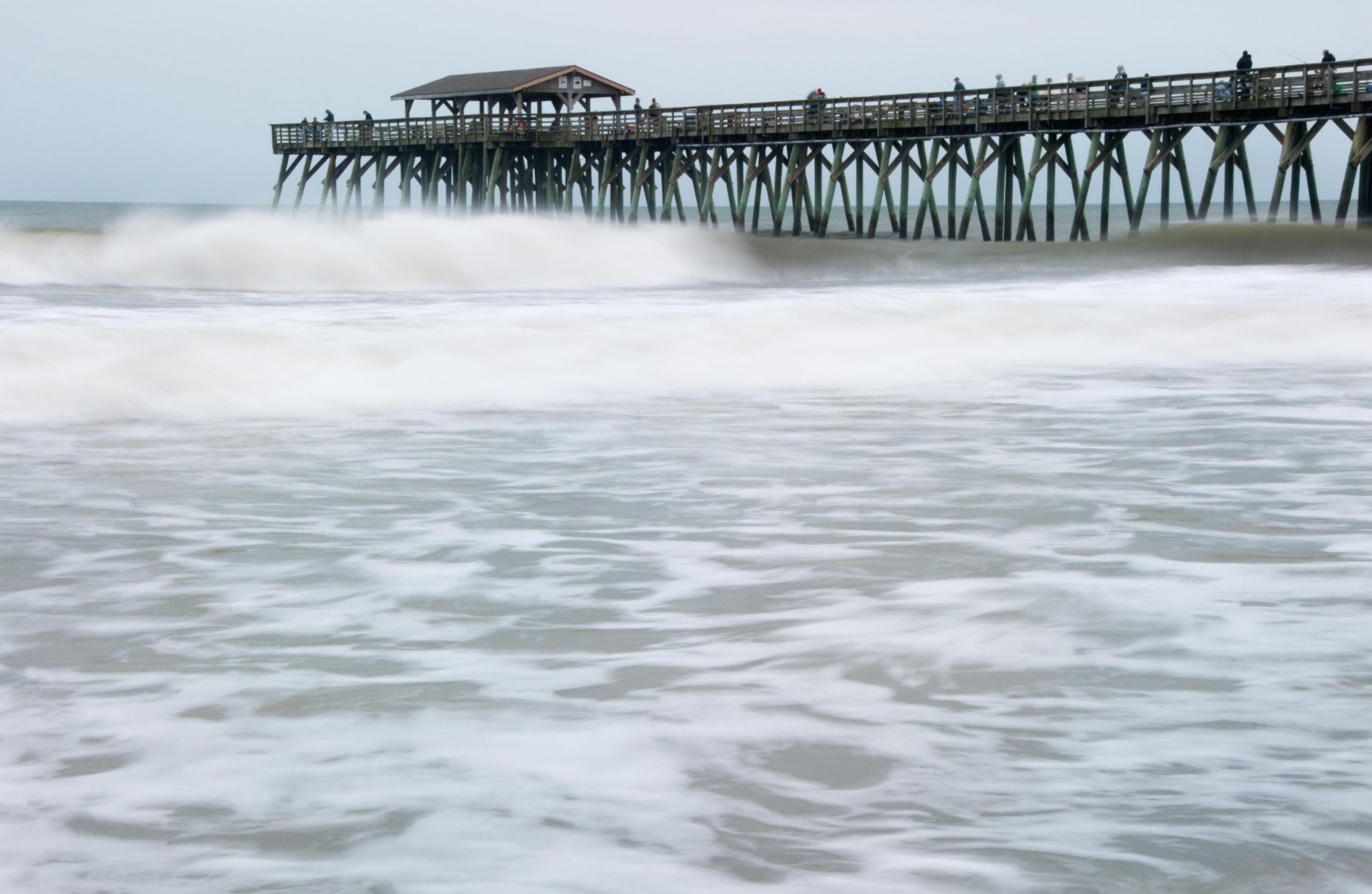 When Bill and Annemarie Kachur retired in early 2016, they saw no reason to go anywhere. The gray shingled bungalow in Myrtle Beach, S.C. had been their home for more than 15 years.

“I’ve been here so long, it’s a sense of roots now for me,” says Bill, 65, who spent his early career hopping around the country, working on-air at various radio stations.

Plus, they were already in a haven for retirees. “I like the fact that there isn’t a winter,” says Annemarie, who’ll be 65 in September.

But in recent years, their idyllic spot about 2 1/2 miles from the Atlantic Ocean has revealed an ominous side: hurricane season. “I just noticed that the last four or five years, we keep getting hammered,” recalls Bill.

Since 2016, the Kachurs have ridden out four hurricanes, including two evacuations to safer ground.

Warm, beachy spots on the Atlantic, Pacific and Gulf Coasts have been retirement magnets for decades. But, as Hurricane Laura just underscored, they’re also squarely in the crosshairs of the changing climate, effects of which are already evident in many of the nation’s most popular retirement destinations.

“Current climate and future climate is absolutely something that people should be thinking about when deciding where to live, where to retire,” advises Radley Horton, a climate scientist at Columbia University’s Earth Institute, who has focused on climate adaptation strategies. “Those are absolutely critical concerns when you think about impacts directly on the home, but also livability outdoors — things like critical infrastructure, too,” says Horton.

Rising seas are threatening things we tend to take for granted in many areas, like major freeways, airports and sewage treatment plants. The hazards of wildfires and extreme heat are also intensifying due to climate change.

Coastal communities are particularly at risk. As the atmosphere warms, it retains more water vapor, which often translates into tropical storms that dump previously unseen amounts of precipitation — more than 50 inches within 48 hours for Hurricane Harvey, when it stalled over the Houston area in August 2017. Harvey remains one of the costliest weather disasters on record, causing $125 billion in damage.

Whether it’s ferocious winds, storm surge or rain-driven flooding, Eric Jay Dolan writes in A Furious Sky, his 500-year history of hurricanes, “because of global warming, hurricanes of the future will most likely be worse than those of the past.”

And extreme weather events are expected to become more common as global heating intensifies. A recent survey by Stanford University, the Resources for the Future research group and the ReconMR research firm, however, found that 68% of Americans want the U.S. government to do more to deal with global warming.

Some popular lists of top retirement spots include environmental factors such as air quality, but it’s rare to see any consideration given to present and future impacts from climate change.

What the Best Places Lists Say (and Don’t Say)

Take the U.S. News list of 25 Best Places to Retire in 2020. It includes nine cities in Florida, citing “affordable homes, low taxes and high ratings for happiness and desirability.” No. 14, Miami, is not only in Hurricane Alley, but already sees “sunny-day” flooding at high tides on a regular basis, the result of rising sea levels.

For the first time, Forbes magazine has included climate risk in its latest Top 25 list of most desirable retirement towns. But the list is still heavily clustered along the southeast coast of the country. Cities on it, from Virginia Beach, Va. to Savannah, Ga. to Sarasota, Fla., are all strung out along Hurricane Alley.

The Forbes list also includes Mesa and Green Valley in Arizona, a state which has experienced record heat of late. Interestingly, no place in California makes the grade. Prohibitive real estate prices are no doubt a factor, but relentless droughts and a string of increasingly catastrophic wildfire seasons have given many people pause about making the Golden State their home in retirement.

In Arizona, Heat and Water Worries

Six years ago, Gail Fox Johnson and her husband, John, sold their home in Marin County, Calif. and moved into a planned, 55+ community outside Scottsdale, Ariz. Though Gail describes their new surroundings outside as “staggeringly beautiful,” they might not stay.

“The heat is so bad that you cannot go out of your house,” she says. “You can’t take the dog for a walk without booties.” A recent record-setting stretch of heat got the couple thinking about returning to the West Coast, where John’s sons still live.

The Phoenix area has had 50 days of 110o or higher this summer.

Fox Johnson also worries about future water supplies in her central Arizona area, as development of another 2,000 homes looms nearby, with plans to tap into her community’s water supply. Scientists say that drought is an increasing threat to southwestern states, with the future of water supplies from the Colorado River in doubt.

No place will be immune from the impacts of a warming planet.

In 2019, The New York Times
NYT
touted Duluth, Minn. as America’s most climate-proof city, arguing that because of geographic factors, the region “will be one of the few places in America where the effects of climate change may be more easily managed.”

The Warming Problem in the Midwest

University of Notre Dame’s Global Adaptation Initiative researchers have assessed climate risk in 278 U.S. cities, through their Urban Adaptation Assessment tool. They concluded that “eight of the top 10 cities facing the highest likelihood of extreme heat in 2040 are located in the Midwest.”

That list includes a cluster of cities in Michigan, from Detroit in the east to Grand Rapids in the west. Cincinnati, Indianapolis and Dayton, Ohio also face high probability of future heat events, according to Notre Dame researchers.

The city with the highest probability of an extreme heat event in 2040, according to Notre Dame: Clarksville, Tenn.

The Notre Dame assessment also lets you plug in the name of any big city to determine its climate change risk and readiness.

No place is wholly immune, of course. But areas like New England and the Pacific Northwest have steep coastlines which provide a buffer against high-tide flooding and storm surge.

Horton says higher elevations inland should also provide some climate change protection, not just from flooding but also from rising temperatures and humidity.

“In general,” he says, “anywhere you have elevation, even it’s just a thousand feet, fifteen-hundred feet, protects you from humid heat, which is particularly dangerous.”

Paradoxically, adds Horton, “There’s been migration away from some of the places that are looking relatively good in the future — places like the Great Lakes.”

Meanwhile, the Kachurs are pondering whether they’ve found retirement serenity in Myrtle Beach or if a move to higher ground — maybe the Piedmont region of North Carolina — would be prudent.

There, Bill might finally be freed of something that’s become a nearly annual ritual: putting metal hurricane shutters over the windows.