Medicare Could Be Insolvent In 2024: How To Prevent It 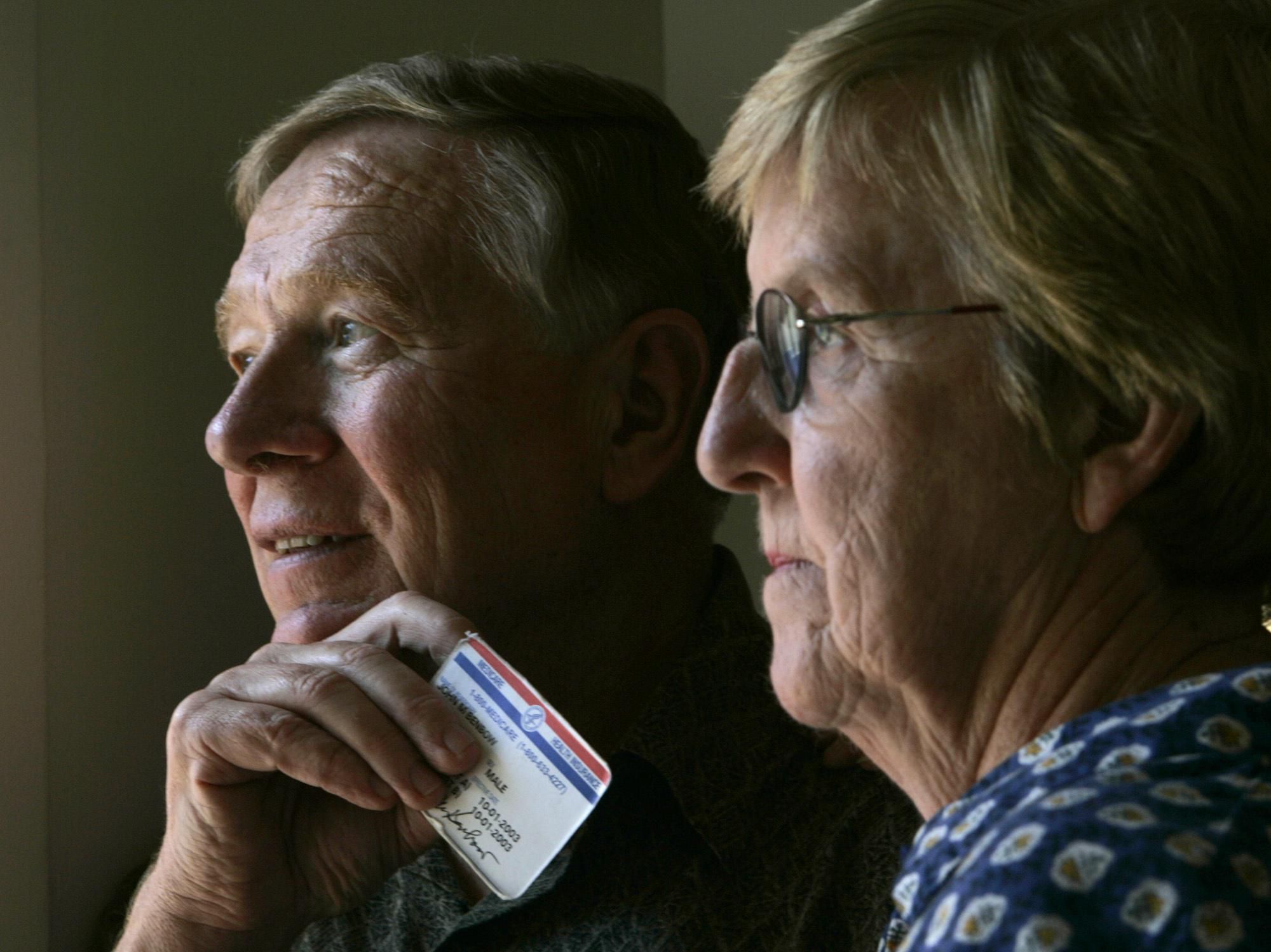 By Chris Farrell, Next Avenue

Even as America’s balkanized health care system struggles to deal with the pandemic, the coronavirus lurks behind another looming crisis. Medicare’s Hospital Insurance Trust Fund is projected to become insolvent in 2024 or 2026 — just three to five years from now. Yet you probably haven’t heard about that.

Spending for Medicare, the federal health insurance program for the 52.6 million Americans 65+, was expected to exceed revenue in the trust fund even before the pandemic. But Covid-19 has worsened Medicare’s finances because people losing their jobs has meant a drop in the program’s payroll-tax revenue. And last year’s Covid-19 relief CARES Act tapped $60 billion from the Medicare trust fund to help hospitals get through the pandemic. Meantime, Medicare rolls have been growing with the aging of the U.S. population.

With the insolvency clock ticking, the Biden administration and Congress will need to act soon. Medicare, along with Social Security, is the foundation of financial security for older Americans.

The basic outline for potential broad-based solutions for Medicare is clear. Legislators and the president will need to either: increase revenues flowing into the trust fund by at least $700 billion to extend solvency to 2036 (experts typically focus on 10-year time horizons); cut spending on Medicare beneficiaries or increase their monthly premiums or figure out a combination of these two methods.

That said, while funding Medicare is vital, policymakers could do more than just look for a quick fix. They could seize the opportunity to improve Medicare for beneficiaries over the long haul, especially for Blacks, minorities and other vulnerable older adults who’ve accounted for disproportionate rates of Covid-19 cases and hospitalizations.

“While it’s important to extend the trust fund so hospital bills can be covered and [health care] providers can be paid, it’s also important to consider what effect [changes] will have on the people who rely on the program,” said Gretchen Jacobson, vice president, Medicare, at the Commonwealth Fund, a private foundation promoting a more equitable, efficient and high-quality health care system.

So, how did Medicare get in this bind, aside from the pandemic?

To answer that, it’s important to understand how Medicare gets funded.

Insolvency projections for the Medicare Hospital Insurance Trust Fund have varied over the years, with current estimates projecting insolvency in 2026.

Its Hospital Insurance Trust Fund pays for what’s known as Medicare Part A: hospitals, nursing facilities, home health and hospice care and is primarily funded by payroll taxes. Employers and employees each kick in a 1.45% tax on earnings; the self-employed pay 2.9% and high-income workers pay an additional 0.9% tax.

The funding for Medicare Part B (doctor bills) and D (prescription drugs) is sound since it’s financed by monthly enrollee premiums and general tax revenue.

The Medicare Hospital Insurance Trust Fund has actually confronted the risk of insolvency since Medicare began in 1965 because of its dependence on payroll taxes (much like Social Security). Insolvency projections since 1970 have ranged as close as two years and as long as 28 years, depending on changes in the law, the economy and other factors, notes an analysis by the Center on Budget and Policy Priorities.

But, as the chart above shows, the current projection for insolvency is among the shortest on record.

One more thing to understand: “insolvency” doesn’t mean bankruptcy and it doesn’t mean Medicare will stop paying beneficiaries’ expenses altogether. Far from it.

Current insolvency projections mean that the trust fund could pay 90% of Part A bills once the depletion date is breached. The bills would be paid, but with delay. And it’s possible that a risk of lower payments to hospitals and other health care providers might limit access to some of their services.

The actual date of reckoning is uncertain. Last September, the Congressional Budget Office (CBO) forecast depletion in 2024. In February 2021, the CBO pushed back that date to 2026 due to improved prospects for stronger economic growth and higher employment rates.

“Whether we’re talking about a depletion date of 2024 or 2026 doesn’t really matter,” said Cori Uccello, senior health fellow at the American Academy of Actuaries, during a webinar held by the Alliance for Health Policy, a nonpartisan group. “The depletion date is just around the corner.”

Smart Medicare analysts have been busy proposing a variety of ways to restore solvency over the next 10 years. You can find many of their proposals on the Commonwealth Fund site in “Options for Extending Medicare’s Trust Fund: The Commonwealth Fund Solvency Series.”

I’ll tell you about some of their ideas; just realize that each shift in policy to address insolvency comes with drawbacks, tradeoffs and value decisions.

Intriguingly, most of the Commonwealth Fund series’ Medicare experts focusing on the program’s spending trends didn’t really embrace cutting benefits. Instead, they tended to suggest reforms to eliminate overpayments in private-insurer Medicare Advantage plans and presumed inefficiencies in the delivery of health care.

But the most convincing solvency proposals look to bring more revenue into the Medicare system. For instance (and pardon the wonkspeak): redirecting revenue raised from “the net investment income tax” into the Part A trust fund rather than where it goes now, into the federal government’s general revenue kitty.

This tax, which was part of the Obama administration’s Affordable Care Act, assesses high-income taxpayers 3.8% on the lesser of their investment income or their income exceeding $250,000 for married people filing jointly, $200,000 for single filers.

Marilyn Moon, visiting scholar at the nonpartisan Center for Medicare Advocacy, estimates that $400 billion could be raised over 10 years with gradual increases eventually hiking the overall Medicare payroll tax from 1.45% to 1.95% each for employees and employers.

“If phased in gradually, it would not create large increases in tax burdens in any year and could provide support for Part A beyond the next 10 years,” she wrote in her Commonwealth Fund blog post.

President Biden has been noticeably silent about addressing the impending Medicare insolvency. He didn’t mention the issue during the campaign for the White House and hasn’t since taking office.

When his administration and Congress get around to staving off Medicare insolvency, some experts say, they ought to also address longer-term questions about how best to provide high-quality health care at an affordable price for older Americans.

That might mean letting Medicare negotiate prices with pharmaceutical companies, to bring drug prices down, and building more long-term care services into Medicare.

Another urgent need: confronting the poor health caused by racism and structural inequities for people 65+.

Deep socioeconomic inequities have long existed, but the pandemic has starkly revealed the high cumulative cost of inadequate and inconsistent health care over a lifetime. Reforming Medicare could help close the health equity gap.

“The insolvency discussion presents us with an opportunity for a broader discussion,” said Adaeze Enekwechi, research associate professor of health policy and management at the Milken Institute School of Public Health at the George Washington University, during the Alliance for Health Policy webinar. “Medicare has an opportunity to lead in the discussion about health equity.” (You can read more from her about this in the article she wrote for the Commonwealth Fund series.)

Medicare needs a tourniquet to stop its hemorrhaging. But it could also use some artful surgery to improve the health of the body politic of America’s older adults.