The High Risks of Investing for Retirement Income 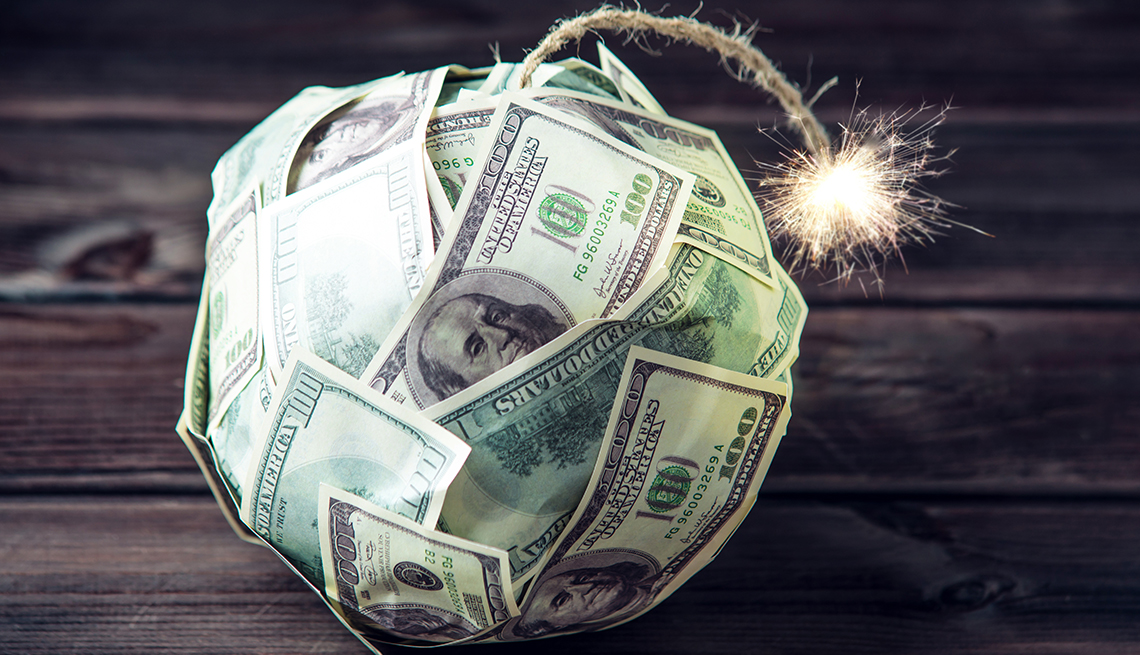 It’s natural to want income in retirement. You’ve spent your whole adult life living below your means and building your portfolio, and the thought of spending it down is terrifying. It is to me, too.

At the same time, it’s important not to chase high yields, as tempting as it may be in today’s low-interest-rate environment. High yields can mean low returns and, sometimes, massive losses. I’ve seen people have to return to work or drastically cut their expenses because they built portfolios to produce high income and ended up losing much or all of their principal.

Total return (appreciation plus income) is far more important than income alone. Let’s take a look at mistakes that people make when chasing income, and what you should do instead.

This strategy involves buying stock in large companies that pay above-average dividends, preferably those with long track records of paying dividends. ExxonMobil (XOM), for one, has grown its dividend by an average 6.2 percent annually the past 37 years. The stock now yields 7.82 percent. And Verizon Communications (VZ) stock yields 4.17 percent. It feels so good cashing these dividend checks, and these companies aren’t going anywhere, right?

The problem is that companies generally don’t have a high-dividend yield because they love to give out money. A stock’s yield is its annual dividend payout divided by its current share price. The yield rises if the company increases its dividend, but more commonly, a high yield is a result of a falling stock price.

Sometimes, a high yield signals something far worse. General Electric (GE), for example, was once one of the most valuable companies on the planet. Three years ago, GE stock paid a quarterly dividend of 24 cents a share, and its yield reached 4 percent in September 2017. Today it yields a penny a share each quarter, and that dividend may not be sustained. The stock has lost more than 75 percent of its value.

General Motors (GE) is another sad story of once-reliable dividend payers. I remember the saying “As goes General Motors so goes America.” I’m awfully glad that wasn’t true. Though GM exists today, the shareholders were wiped out in 2009 and got nothing.

If you think this can’t happen to today’s blue chips, think again. When the economy suffers, businesses cut dividends, particularly those that pay high dividends. S&P Dow Jones reports that 50 S&P 500 issuers decreased or suspended their forward dividend rate by $29.0 billion in Q2 2020, pointing to a lower Q3 2020 payment.

Sometimes, too, sector-specific woes can hurt dividend investors. ExxonMobil had losses during the first half of this year as oil futures briefly traded at negative values. Who would have imagined having to pay someone to take delivery of oil? One key reason the yield at ExxonMobil is so high is that the price of the stock has fallen so much. Over the past five years, ExxonMobil has lost over 5 percent a year, including dividends, while the U.S. stock market as a whole gained nearly 12 percent annually, according to Morningstar.

You may think you’re getting more protection in a basket of stocks within the same sector, but that’s not always true, either. Take Master Limited Partnerships (MLPs), which are pipeline networks that make money as companies pay to have oil and gas transported. They have high yields. “It’s like owning a toll road and every bit as safe as a bond” — or so I’ve heard countless times. But according to Morningstar, a fund that owns these MLPs (Alerian AMLP) has lost an average of 11.71 percent annually over the past five years, as of Aug. 10, despite its current 13.3 percent dividend yield.